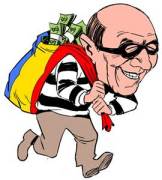 This is from ComputerWorld, a tech journal.

“According to the Post report , fake news writer Paul Horner is taking credit for Trump’s winning the election, saying, ‘I think Trump is in the White House because of me. His followers don’t fact-check anything — they’ll post everything, believe anything. His campaign manager posted my story about a protester getting paid $3,500 as fact. Like, I made that up.'”

The question roiling social media circles is what to do with lies posted as news.  Zuckerberg (CEO at Facebook) has posted that 99% of news reported on his site is truthful, but he is not bringing in fact-checking organizations to look at what is posted.  How that is going to play out is unclear at this point.  Will there be something like a “Good Housekeeping Seal” for news posts that can be validated?  Will he ban sites that consistently post false information?  He mentioned seven ideas about how to deal with it in his most recent blog.  Zuckerberg closed his post by writing:

“Some of these ideas will work well, and some will not. But I want you to know that we have always taken this seriously, we understand how important the issue is for our community and we are committed to getting this right.”

However, critics point out that Facebook has consistently trended fake news since the firing of its human editorial staff and their replacement by software.  Zuckerberg hasn’t indicated a willingness to reverse that decision.

Fake news is biased news.  PCWorld, a publication of the IDG media conglomerate, ran a test on the content of fake news and found it massively directed at Trump supporters, by a ratio of 129 to 41.

In the meanwhile, it’s reader beware.  What you read on social media may or may not be worth the electrons used to display it.  (That’s exactly why this blog provides sources, so that readers can check the information being reported.)